Today at 09:01 »
@ConHome @DanielJHannan @Keir_Starmer The markets don't care about a possible future of Starmer at this point. They do care about the damage the idiots in charge are causing. #ToryCorruption #TorySleaze #ToryRecession 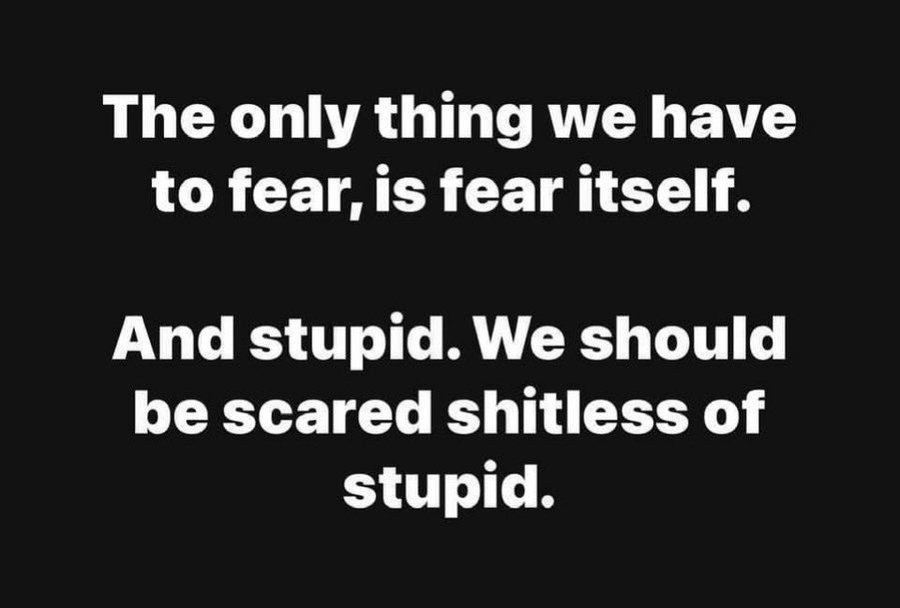 Yesterday at 22:52 »
Triple-A to "credit negative", the UK is in a hole it will be very difficult to get out of thanks to #ToryCorruption.
Yesterday at 22:50 »
@AlexWebTweets @TheRealRevK @bloodysarcastic @floschechter Oh absolutely...
Yesterday at 20:57 »
The thing with watching a whodunit is first trying to work out who is about to be killed and how.
Yesterday at 20:04 »
@MikeB_702 #RedSox 😭
Yesterday at 19:58 »
RT @lorenzofb: Come to learn about the project, stay for Lilly Wachowski's thoughts about the iconic "digital rain" code. “The code is a f…
Yesterday at 19:52 »
@E3Bloke @Dominos_UK Went with bockwurst hotdogs as quick and easy. And fast.

I've sometimes been asked how I approach life. This is an attempt at a few pointers:

My basic starting point is that "There are always options". I may be somewhat Daoist, in that I believe there is always one way, but tempered by the certainty that many other options will produce an acceptable result. It is a task for each of us to learn the possible different solutions to each range of problems so that we can recognise a problem when we see it and have an approriate starting arsenal of options to resolve the issues and improve. This follows into my management style: Never micro-manage!

When I was a programmer and analyst - starting out in the late 70's - I had some great managers. They asked me to solve a problem, gave me a budget (time and money) and left me to get on with the task but providing the security net of support from them and colleagues when it was needed. The greater the challenge to meet targets the greater the personal reward when you do. It worked for me and I believe it works for others. Of course, in some cases there will need to be more hand-holding, but give someone a lead and they'll do wonders, stand over them and demand hourly updates and their work rate and quality will suffer. I've followed these rules for my staff ever since and found them to be appreciative, indeed at Capital Radio one had given her notice in before I arrived there and, when she actually left about six weeks later, said to everyone that had she known the new department head was going to be like me she wouldn't have resigned!

The more you learn the more you want to know: In some countries the title "Generalist" is an expression that this person can turn their hand to many things and be successful at each of them. For some reason in the UK it seems that it means someone can't do anything well. Robert A Heinlein put it best:

If you are only an 'expert' on one subject there is a danger that you will try to make that skill apply where it shouldn't, but by having abilities in many areas the right choices can be made. Having demonstrated 18 of the 20 skills listed here I am proud to call myself a 'Generalist'!
and finally...

Money is a powerful aphrodisiac. But flowers work almost as well!