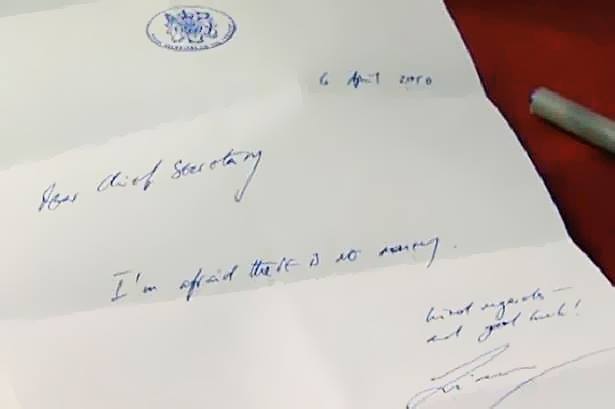 I'm seeing tweets and posts about there already being a vaccination against the new pandemic but that they are being kept secret in Germany or Israel or whereever. This is a lie.

There are NONE presently, anywhere, as analysis of the #SARSCoVID2 is still ongoing. Just because the genome has already been published doesn't mean it is fully understood. At some point there will be something available to test and that will take some months to ensure no dangerous side-effects (let's cure not kill, please) so at best it will be the end of year before a safe vaccination.

By which time you'll probably have already caught it given how little testing is being undertaken in most countries (so allowing spread without knowledge).

I'm still around. mostly elsewhere though. However … being on tv last week was 'interesting' as well as being unexpected / unintentional.

For those who didn't watch Channel 4 news† last Saturday it was about the Chris Rennard affair; I'd made a post on facebook and Chris had replied to me. C4News had noticed this and - more importantly - it turned out that i was the _only_ person Chris had responded to anywhere. Why me? I've absolutely no idea. But anyway, I'd gone to the BBC that morning to do a Wikipedia thing (New Broadcasting House - like the old one but with new bits added on) but when I connected to the internet I found a direct message on twitter from Cathy Newman (co-presenter) asking me if they could talk to me. Another DM led to a phone call and at 3pm I found myself getting into a car they'd sent for me and going to ITN HQ‡. Rushed straight through the newsroom (this one very quiet, compared to the BBC's which was quite full and busy) I was suddenly in the studio about to be on camera (to tape). Having not expected to be in such a position when I left home that morning I wasn't wearing 'nice' clothes (comfort!) or have a hair brush with me. Spent about ten minutes or so being interviewed and then left. Naturally enough, only a short section actually made it to the national news that night.

The thing is I ****HATE***** seeing photos of myself, let alone film / video. The last time I did a news piece to camera was around ten years ago and it was live to a remotely-operated camera for BBC Hull, which meant I never had to see it. This time there was no way I could miss seeing it - or my mum or others miss seeing it either. I have a face for radio, and a body for burying very deep.

The feedback (FB, twitter, irl) has mostly been good, but I hated what I saw on screen. To my mind I DON'T LOOK LIKE THAT! but yes, everyone then tells me I do, so what do I know! I mean, I know I'm fat / overweight. I can't hide that, but on screen I looked even way way way bigger than I see myself in the mirror.

But I got through it so maybe, just maybe, I might be confident enough to do it again - sometime before another ten years goes past.

‡ The other national news in the UK after the BBC - https://en.wikipedia.org/wiki/ITN

Tell them Mandy is back

The same, it seems, might be said of the 'newest' member of Brown's cabinet. Having departed under a cloud twice he is now back again. According to the BBC he consulted Tony Blair before accepting a job in Gordon Brown's cabinet. Makes you wonder what he was getting instructions about …

So then, is it good he's back again? One cannot deny he has done a pretty good job in Europe and that experience – on top of his past here in the UK – should stand him in good stead.

Not that I believe Labour will survive this anyway. Only this morning I watched a discussion on BBC News where the (independent) commentator was saying how often [@ld:Vince Cable] had got things exactly right over the last two years. Isn't it such a shame he isn't given the power to actually change things and Make it Happen …